Today Amazon held a hardware event that was loaded with new product announcements. We got new Echo speakers, a new Echo Show, and even a microwave.

In many ways, the sprawling event was a showcase of how far Alexa has come in the four years since Amazon’s voice assistant was first introduced in 2014. The technology has evolved far beyond its early capabilities on the original Echo speaker. 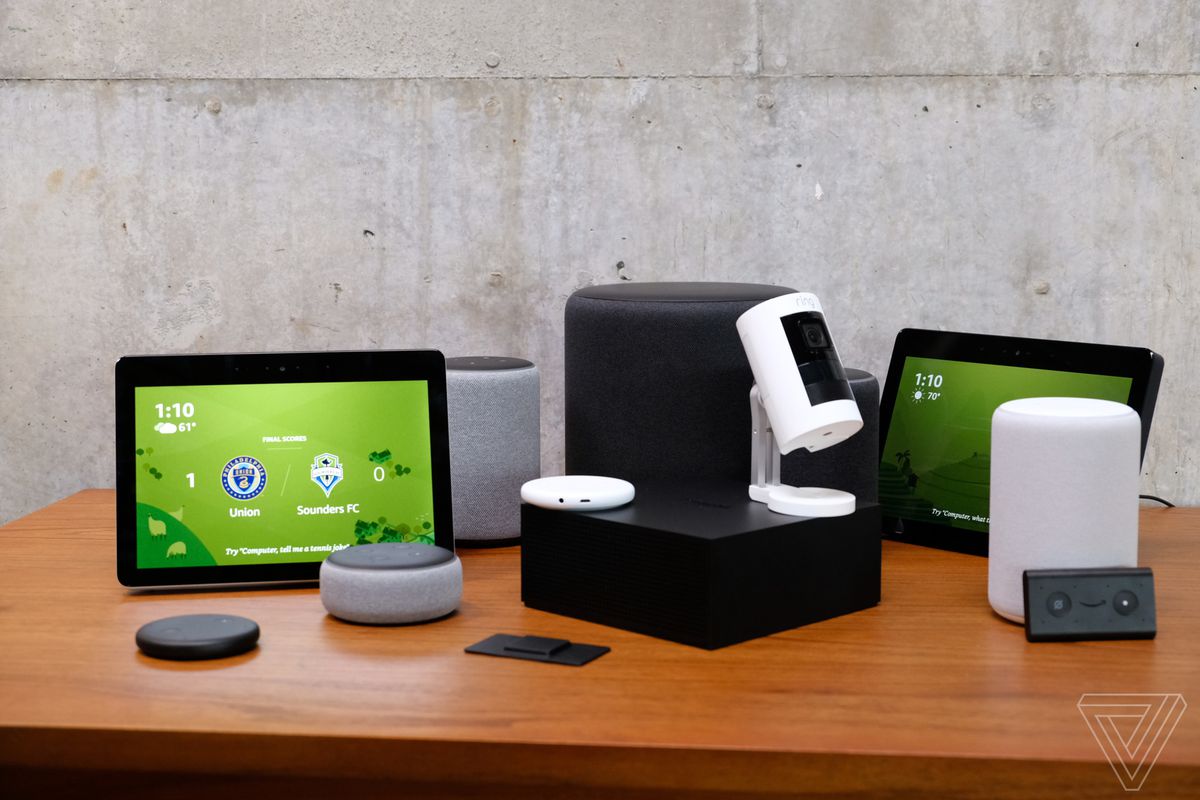 Here are all the biggest announcements:

Amazon says it “went back to the drawing board” when designing the new Echo Dot. The company says it features a larger 1.6-inch driver, is 70 percent louder than the previous model, and much clearer sounding. It retains both Bluetooth and aux output if you want to hook it up to a bigger speaker you’ve already got.

The new Echo Dot costs the same $49.99. Preorders start today, and it ships in October. 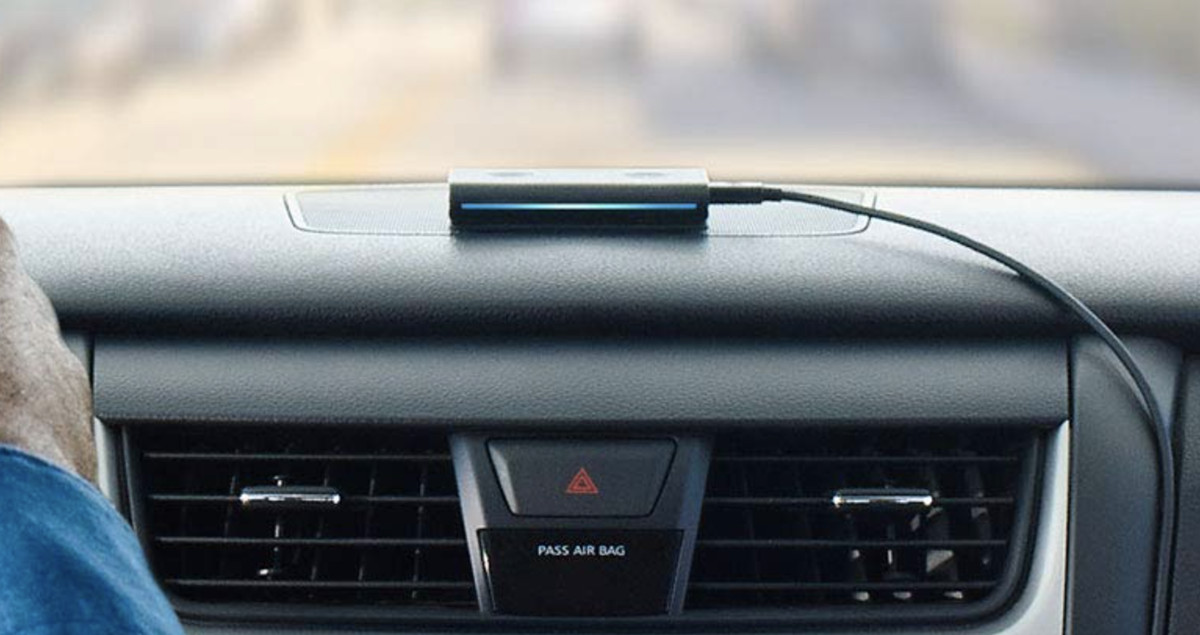 Amazon says it has built the ultimate portable device for taking Alexa on the road. The Echo Auto will be available to start on an invite basis for $24.99 before expanding to all customers and jumping in price to $49.99.

The Echo Auto connects to Alexa through your phone and plays over your car’s speakers. It features eight microphones that the company says can make out your voice even over road noise and music. You can do all the usual Alexa commands, and when you ask for directions, the Echo Auto will send you to Google Maps, Apple Maps, Waze, or whatever your preferred navigation app is. 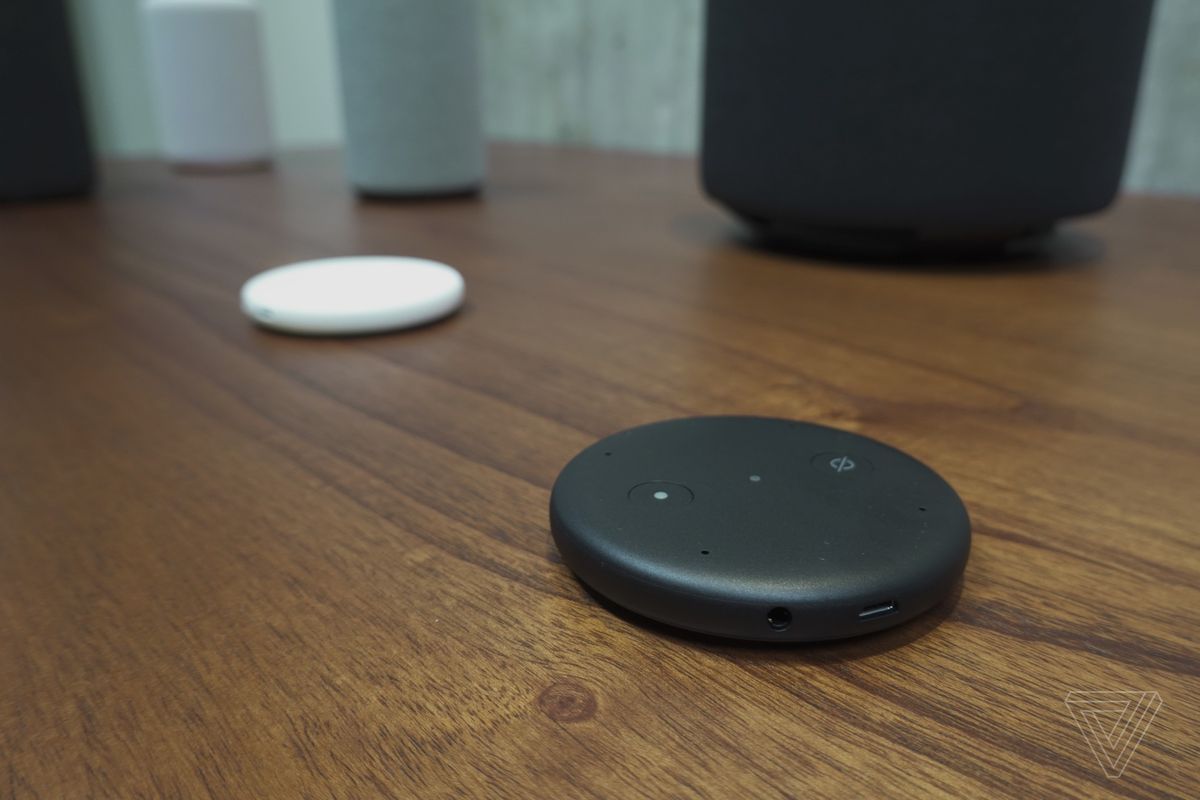 The new, tiny Echo Input is meant to be plugged into speakers you already own; there’s not one built in. It contains a far-field microphone array for Alexa commands, but in a put-it-anywhere form factor that is sleeker than even the Dot. The Echo Input is just 12.5mm tall. It’s coming later this year for $34.99. 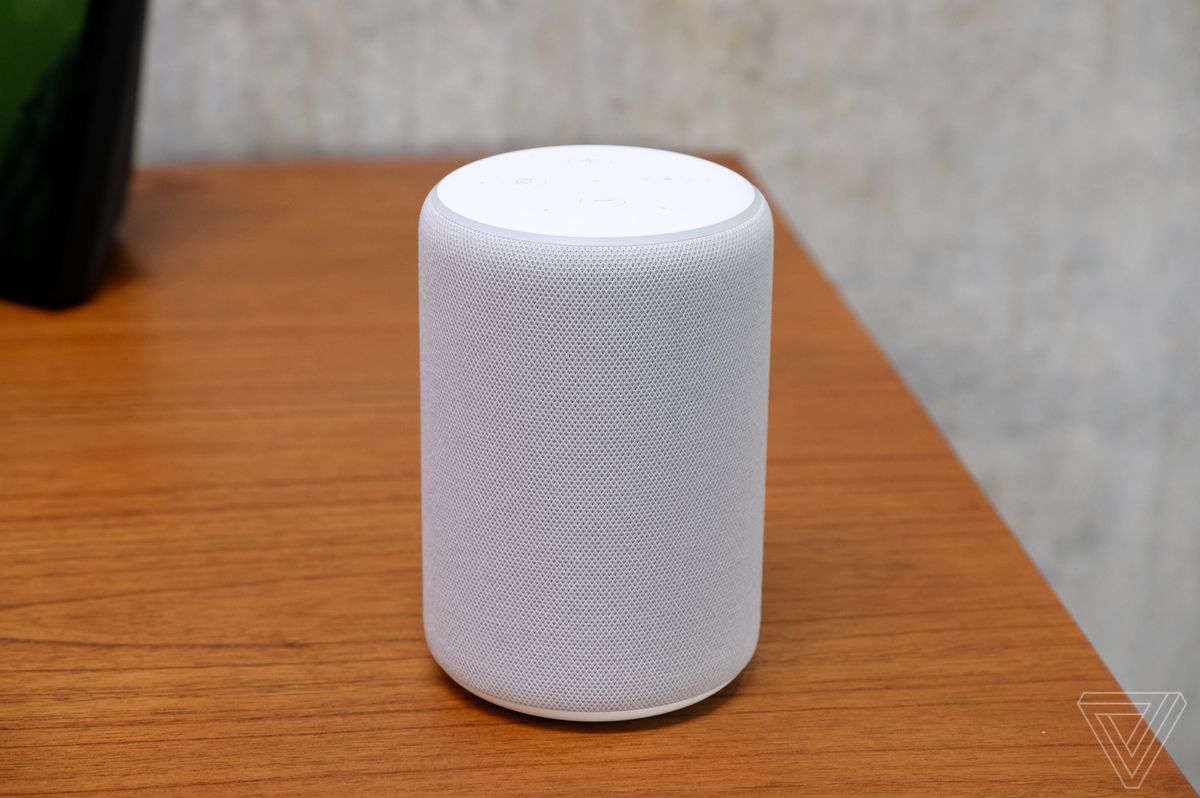 The revamped Echo Plus looks much closer in design to the standard, cloth-covered Echo for a friendlier appearance in your living room. It’s got better sound and, like last year’s model, can act as a hub for your smart home gadgets. There’s also an integrated temperature sensor that can trigger Alexa routines based on a room’s temperature. Priced at the same $149.99, the Echo Plus goes up for preorder today and ships in October.

Amazon also demonstrated new local voice controls that are debuting with the Echo Plus; if your internet goes out, you’ll still be able to control the smart home devices with this speaker. Amazon is starting with “some of the most-used controls like lights” and will expand local voice controls to other devices over time. 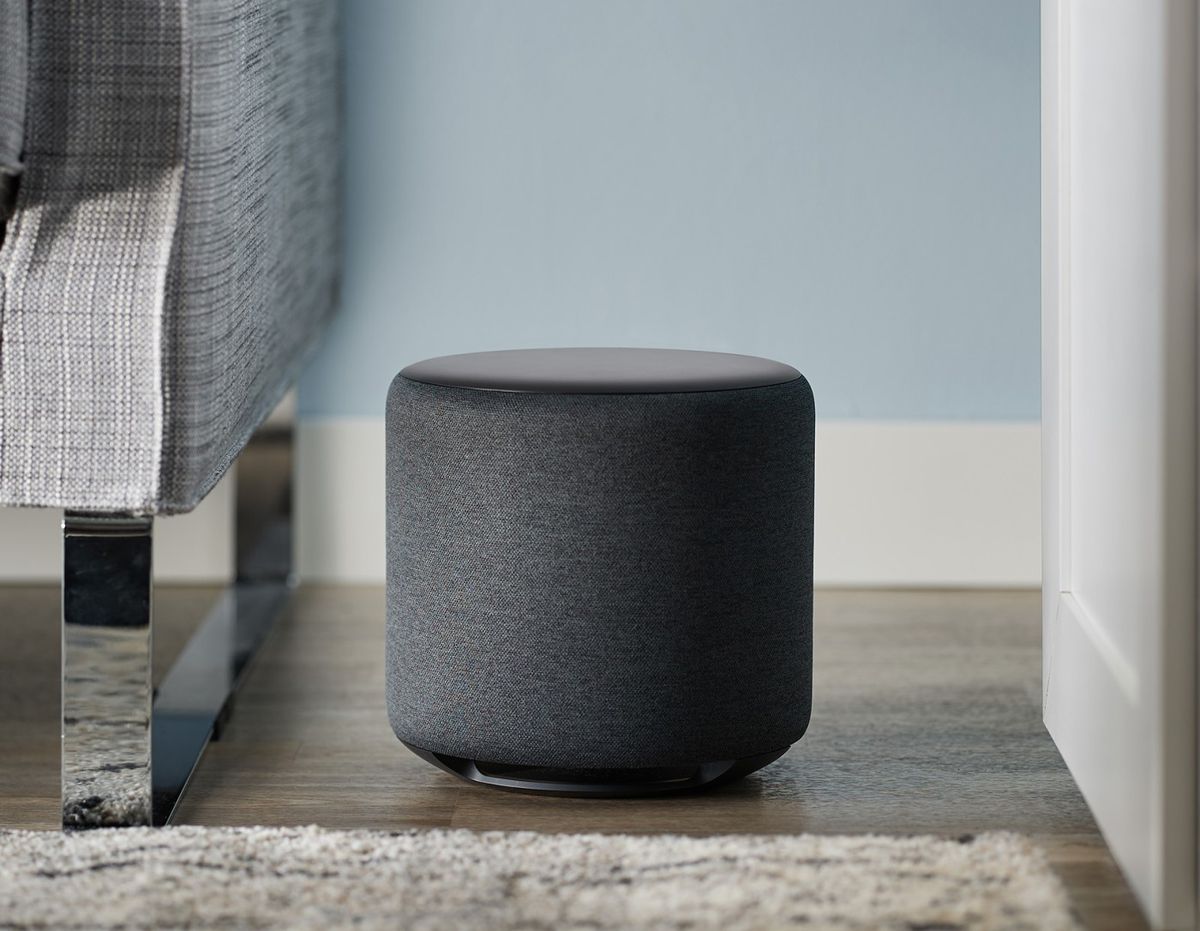 If there’s one thing Echo speakers typically lack, it’s bass. To help solve for that, Amazon is introducing the $129.99 Echo Sub. When paired together with an Echo or Echo Plus, the Echo Sub will fill out the low end, making your music sound much fuller.

Amazon’s smart display has been improved with a larger screen — now 10 inches — and better sound. And similar to the Echo Plus, it can serve as the hub to a smart home. It’s also the best Alexa device when it comes to hearing your voice; Amazon says the eight-microphone array in the new Echo Show is the best mic system it has ever shipped. 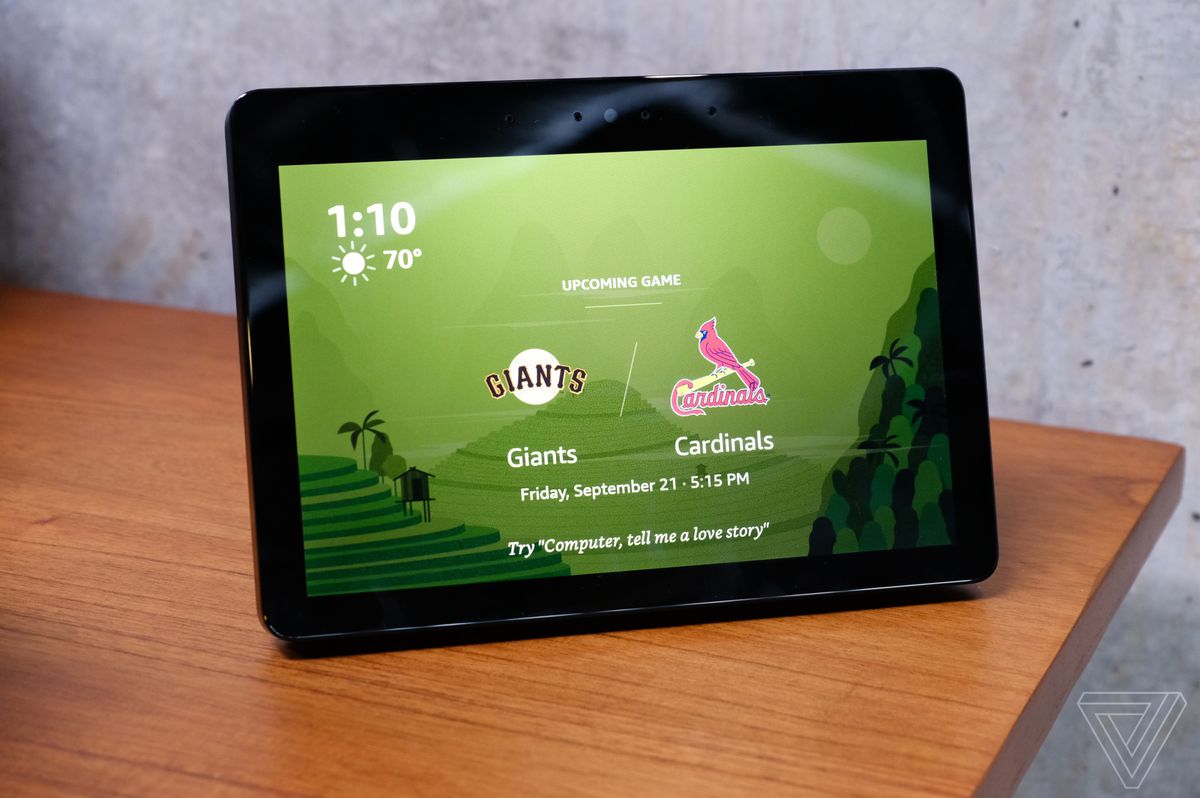 Amazon is adding web browsers (including its own Silk browser and Firefox) to the Echo Show. And the company announced a Skype app for the device that will allow users to make video calls directly on the Show — in addition to offering the same “drop-in” video chat capabilities as last year.

The second-gen Echo Show will retail for $229.99. Preorders start today and it’ll be available in October…..Read More>>>>